Milo turned 3 months old yesterday! I can’t believe the time has gone by so fast. He has gotten so big and is really interacting with us now. He is still hitting all of his milestone (or Milostones as my aunt calls them). He has been holding his head steady and tracking objects for a while now, he is also using his hands more to grasp things, he defiantly recognizes me and his daddy (it makes me feel so good when he quiets down when he gets near me!), he turns towards loud sounds, and he laughs gurgles and coos so much. He loves to “tell us stories” and we definitely love to listen. He might be left handed as well. The other day I saw him bat at a rattle on his bouncy seat and he did it with his left hand. Then again it may have been because it was on his left. It’s probably still to early to call. He’s spied his feet but is not that interested in them yet. I can't wait to post pic of him with his foot in his mouth. 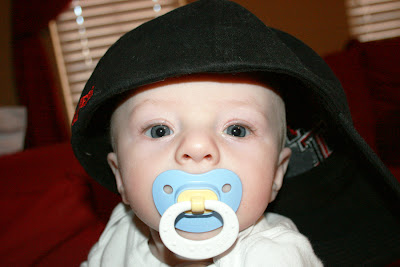 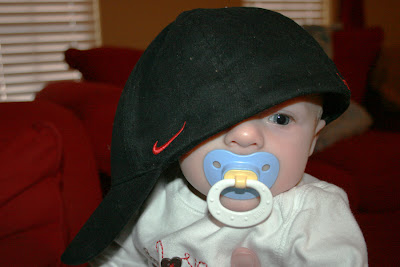 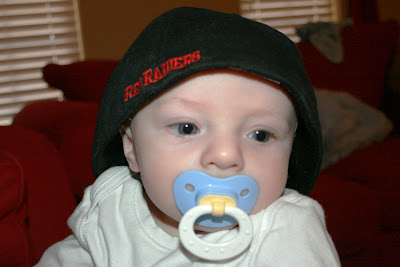 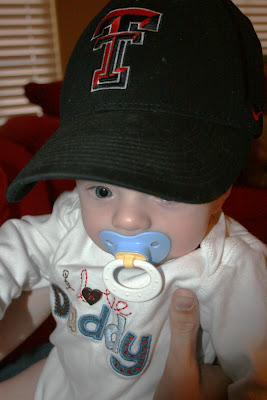 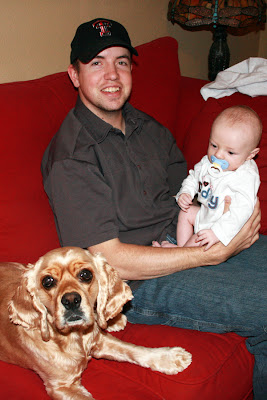 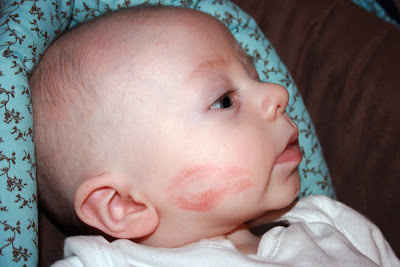 Cutie in a car seat 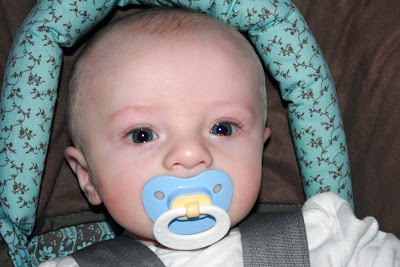 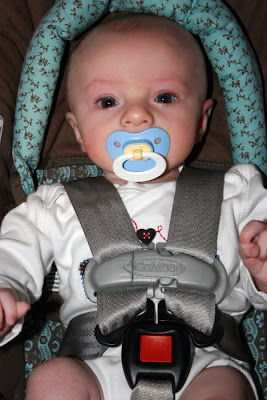 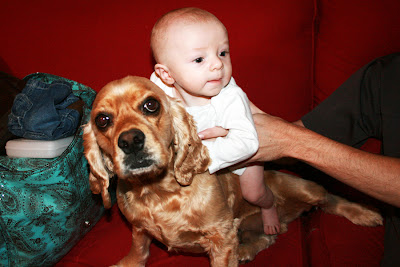 Chris mugging for the camera 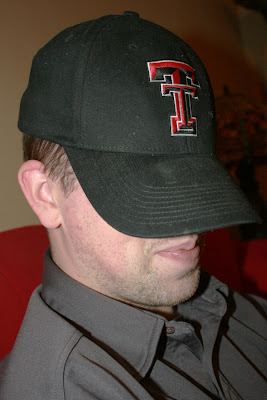 These pictures are too cute... MIlo won't be able to ride Bailey for long!