Don't Fence Me In

We got a baby gate to help keep Milo confined to the study and hall while I am on the computer and as a protection against him getting into the bathroom while we are in the living room. Much to the chagrin of Bailey it quickly became a new toy and something to throw Bailey balls over. Poor Bailey, Milo will throw his ball over the gate and then he won't be able to get it and will lay at the gate obsessing. 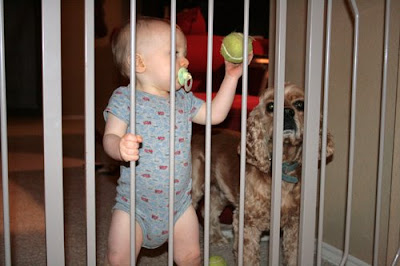 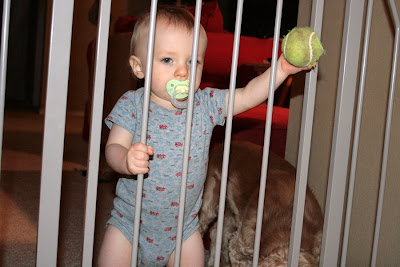 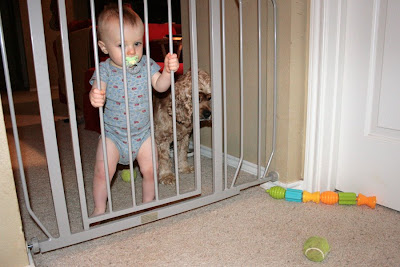 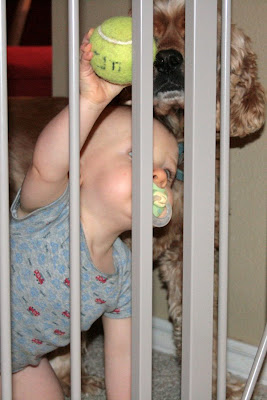 "There it is, right there, you're taking pictures of it. Can't you give it to me?" 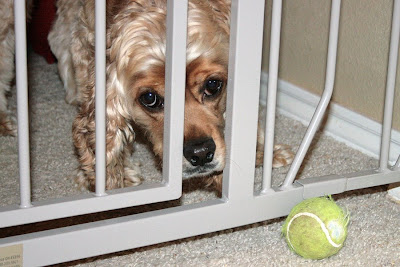 He tried to get it out with his paw but only succeeded in knocking it further away. 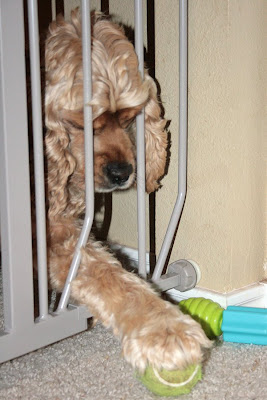 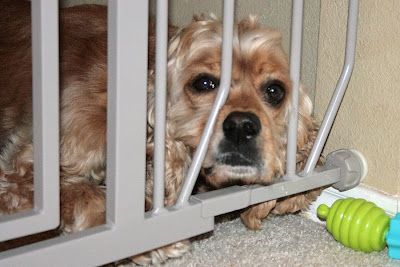 Adorable pictures...of baby and dog. You did a good job capturing what was happening.
Elaine