Apparently the road to mobility is not a straight one for a little baby. Milo has been able to roll over on to his tummy for about a month now. But for some reason he still struggles at times. He can also roll over on to his back from his tummy and has been able to since he was 3 weeks old (no joke). But he can't do it all the time. Sometimes he just gets stuck on his tummy crying for us to flip him back over and I get so confused becuase I know he can do it himself. I've seen him do it on several occasions. My poor little frustrated baby. I want to go over there and flip him over every time he struggles but I know that is not in his best interest. He need to learn to do it on his own.

Today he was playing on the play mat and was struggling so hard to flip over onto his tummy. I think if he ever actually figured out what to do with the arm that's underneath him he would be just fine. 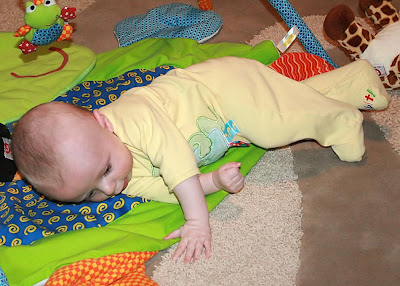 He even started trying to grab for the edge of the play mat to pull himself over but, of course, that didn't turn out to well. 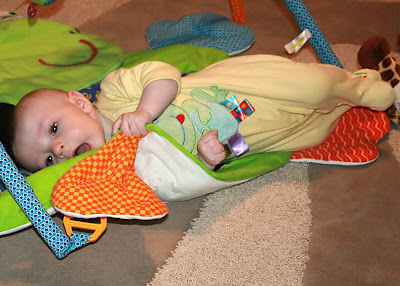 He eventually got fed up and found Tux for some TLC. 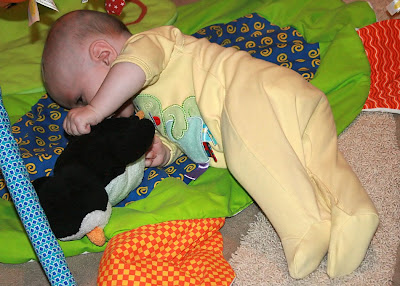