I took Milo out to the back yard yesterday to let him feel the grass on his feet...Milo did NOT like the feel of grass on his feet. He had a code red melt down every time I would sit him in it and when I tried to just stand him in it he would tuck his feet up under his little bottom and dangle from my hands. He was totally happy sitting in my lap though as long as no part of him was touching the grass. He had a BLAST watching Bailey chase the ball when I threw it. He loved watching him leap around the yard like a little, furry, blond gazelle. Bailey got worn out quickly though because I kept having him bring the ball back just so that I could entertain Milo. I think that is the only reason Bailey get played with now day. Poor dog.

"Sitting in the Grass" Meltdown 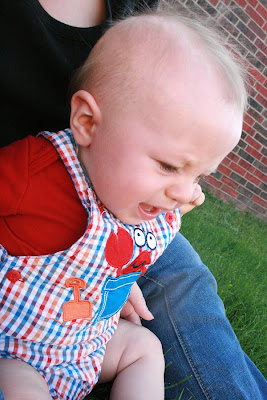 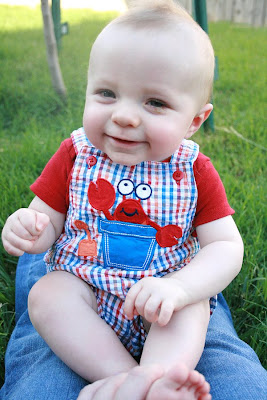 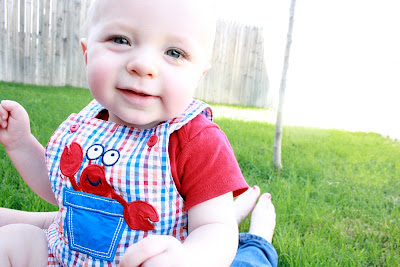 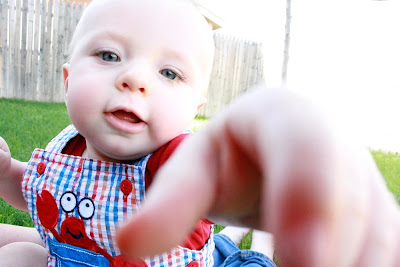 I laid him down on top of my legs so he could see the tree leaves swaying above him. 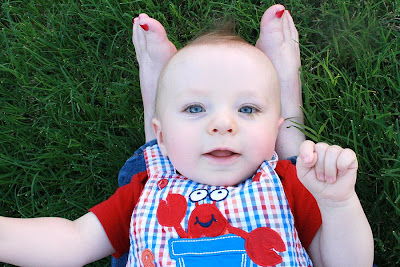 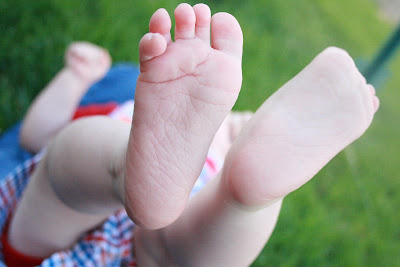 I thought if I immersed him in the grass it would get him used to it but, no. So much for the Theory of Immersion. 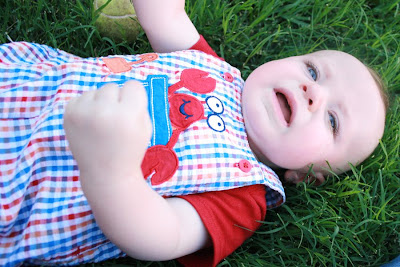 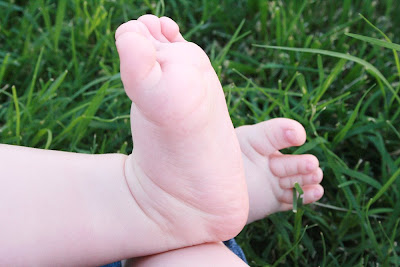 After being seated safely in my lap for a bit natural curiosity won out and he would reach out to play with the grass. 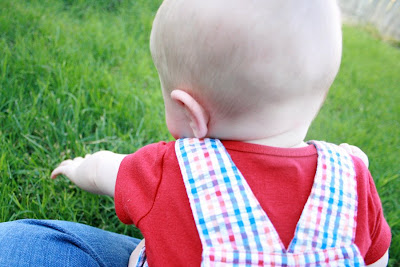 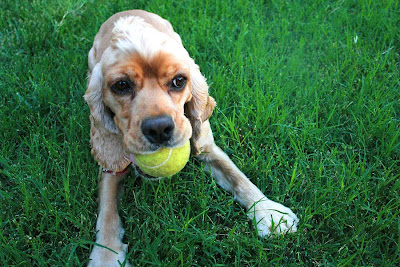 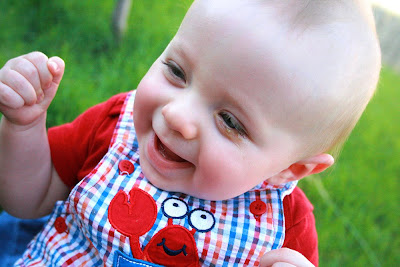 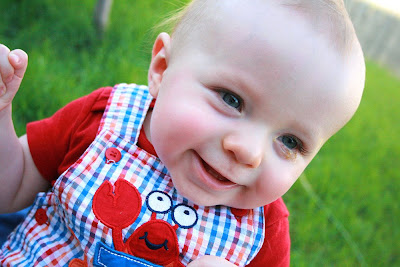 I know I am odd, but these are the two things that occurred to me as I read that:
1) Grass IS itchy, I agree.
2) Wow! You have your toenails painted! (This is a bigger step toward summer than I have taken.)
Just thought I'd share. :-)

Great pictures. It's clear that he likes your lap much better.

I have a Bailey, too, but she's a teenager, not a cute puppy.

Too cute! I HATED grass when I was younger too. Collin, on the other hand, likes to eat grass. That boy is nuts!