I got to baby sit my niece, Brooke, who is ten months old, while her older brother Ethan went to a movie for his potty training reward. Brooke is much more of a forceful personality than Milo so it was quite an adventure. She has fiery red hair and a fiery red headed personality to match! When she first got there Milo was down for his nap so it was just us girls. She played with all of Milo's toys and I took lots of pics.

Then Milo woke up and things got a bit more interesting. After he wakes up from his morning nap he usually eats. My poor baby boy has never had such a chaotic nursing session. Being an only child he's used to having the sole attention especially during feeding time. Of course as soon as he got latched on and started nursing Brooke decided that this is the time to head straight for Bailey's water bowl that I forgot to pick up because I am not used to having a baby on the move in the house. So I have to get up and try to ward her off while Milo is still latched on. Baby Boy is just giving me this look like "what the heck is going on here". That crisis averted I sat down to continue nursing and Brooke decided she wants up on the couch with us. I try to just talk to her and keep her happy while she's still on the floor but after a little while I give in and take Milo off the boob to get her up and of course she wants immediately back down. So there I sit on the couch, I am trying to nurse Milo, keep Brooke on the couch so she doesn't tumble head first off in her attempt to get down and deal with Bailey who is gotten very excited which of course means that it is time to throw the ball he keeps trying to jump up in my lap to give me.

Milo gets done and I realize it would be much easier to keep tabs on them in his room which is much smaller than the living room. I can't carry them both so I lay Milo down and take Brooke in there and, not thinking, close the door so I can go back to get Milo. Brooke is very unhappy about being left behind alone in the room and starts for the door which I am, at that moment, trying to open to get back in there. That's right folks, I whacked my niece in the head with the door. I felt AWFUL! But, then to make matters worse after I got her calmed down I tried to move the bouncy seat out of the middle of the floor so she had more room to play and whacked Milo, who is laying in my lap, in the face with the corner of the thing. I felt DOUBLY AWFUL!

The rest of the time went more smoothly with no more injuries so I took the opportunity to snap more pics. There were a few "Brooke vs. Milo" moments though as there always are when those two get together. It's going to be very interesting to watch them grow up together being so close in age. It's looking right now like Brooke is going to rule the roost, but we'll have to wait and see what Milo does when he gets big enough to defend himself.

Here are a few of the pics I got while she was here. It is A LOT different taking pics of a 10 month old baby than it is of a 4 month old.

This is one of their little scuffles. She stuck her hands in his mouth, He kicked her, She bit his foot. You can tell though they're really fascinated by each others company. I think that's why they try to pick at each other. 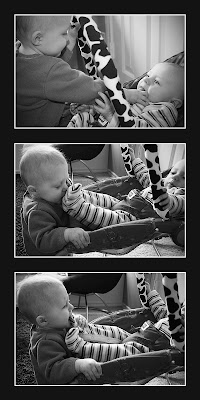 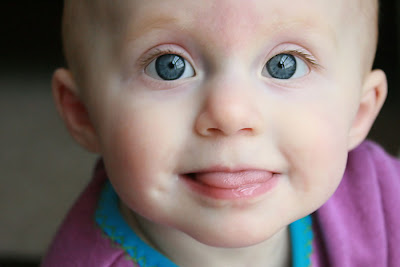 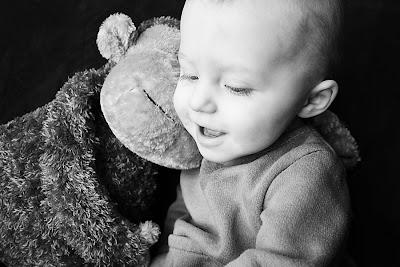 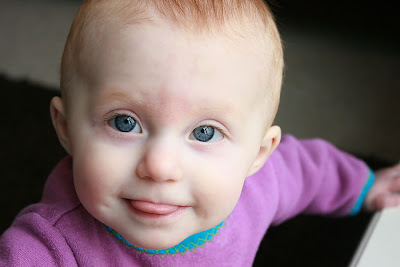 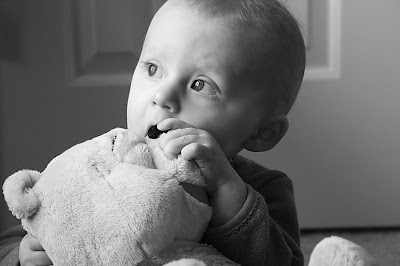 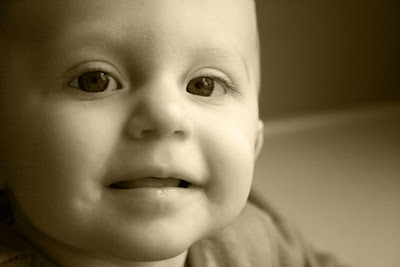 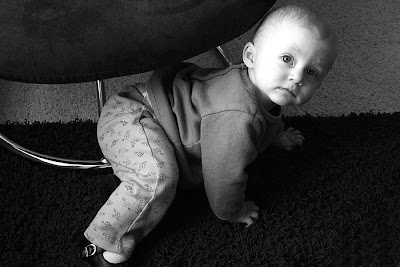 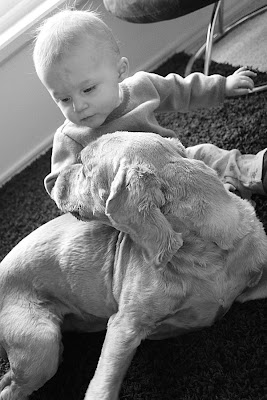 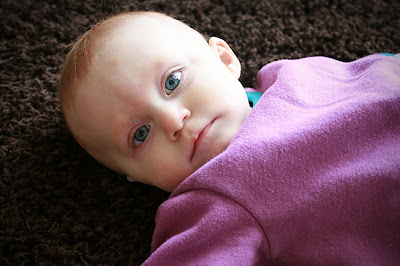 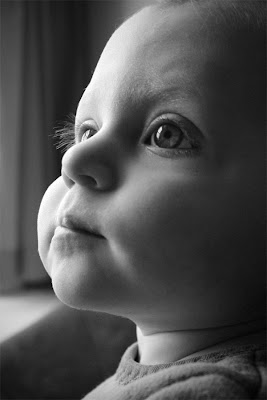 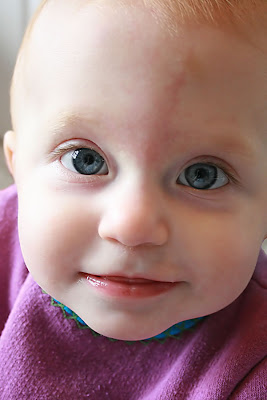