I was trying to get Milo to play by himself for a little while in his crib yesterday and he has this stuffed penguin (go figure) that I kept "pecking" him with which made him laugh! It worked and he got interested in the penguin and played happily for a little while. It didn't take him long to discover that it had a beak that was begging to be gummed and now he loves the thing and is always gumming it's little beaky or it flippers. I think the penguin is going to be beakless by the time he gives it up. The poor thing won't stand a chance after he gets teeth. I had hoped that he would take up with the giraffe that's in his crib but he took up with the penguin instead, Chris is thrilled!

Here are a few pics of Milo and his new friend Tux the Penguin. 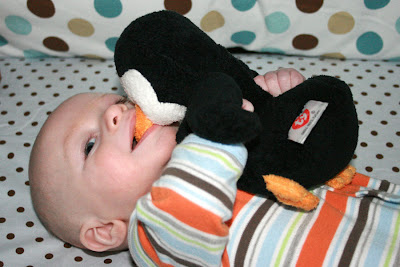 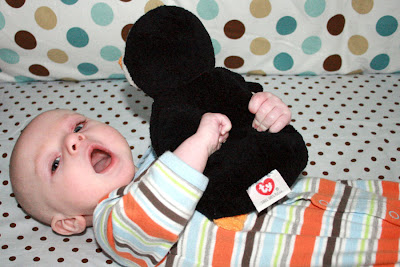 "come here my little friend, let me bite you" 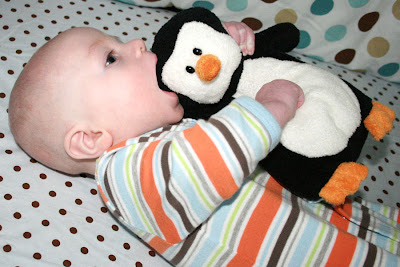 "give me the paci or the penguin gets it!" 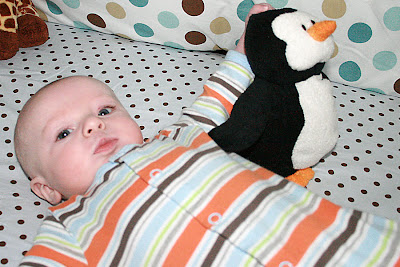 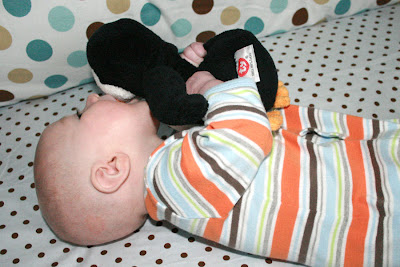 I love the penguin being held hostage!!! LOL!!! hat is priceless. I love it!