I spent the Super Bowl taking pics of my baby and occasionally looking up to watch the commercials since they are the only thing I was interested in. After Chris explained to me that the Giants were the underdogs though I was, ofcourse, happy they won!

Here is a few of the pics I took.

Happy boy in a bumpo 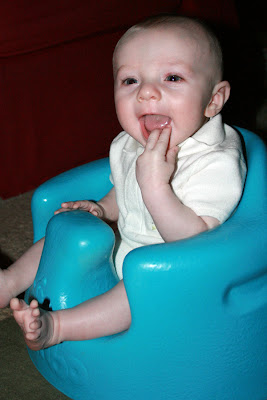 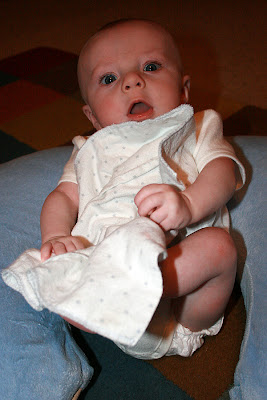 After he got over being startled though it was great fun. 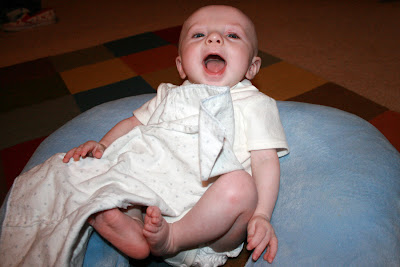 Falling to the front 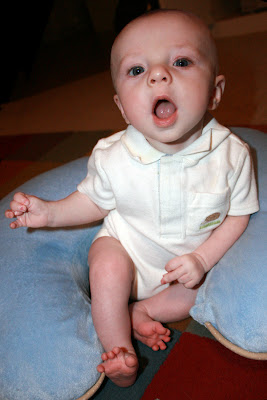 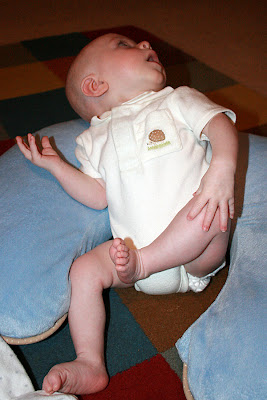 Fascinated by the Giants 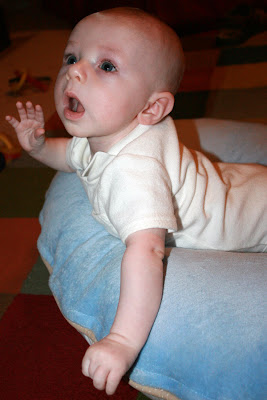 Those last 30 seconds were a real nail biter 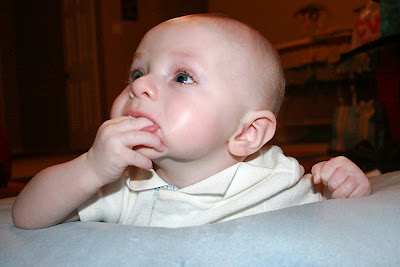 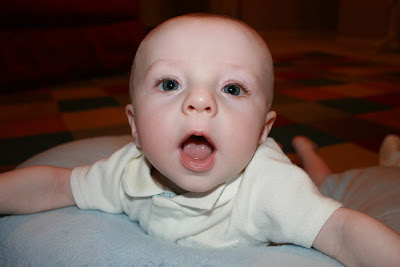 He is so happy that Giants won! (he looks like he's been hitting the milk hard in this pic!) 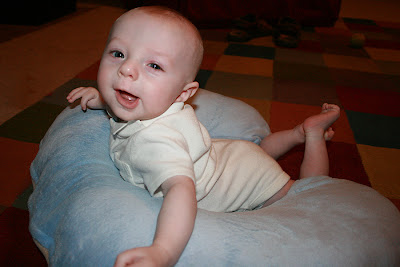 Chris spent the Super Bowl working on a paper for his masters and taking breaks to watch the commercials. He's happy the giants won too! 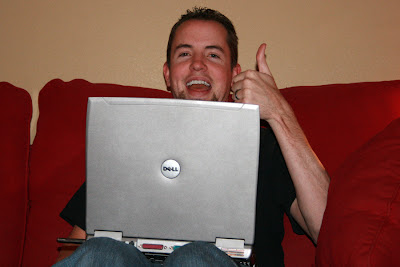 My hair kept getting in the way of the flash while I was tickling him but I still thought it was a cute grin! 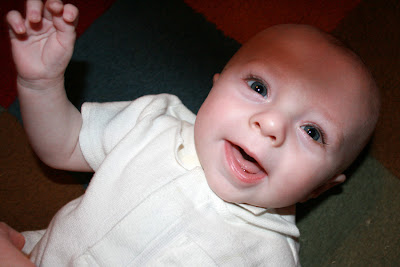