I gave Milo his first hair cut tonight. After one of my friends commented that it looked like he had a mullet I thought it was time. Chris and I had joked about him having a mullet before but didn't think anyone else noticed. I guess we were wrong. It was harder than I thought it would be both emotionally and technically. He kept trying to turn his head to look at the scissors but when Chris tried holding his head he fought him. We ended up just trying to distract him and get it done quickly.

I did ok when I cut the long wisps of hair above his ears that made him look like he had a mullet. I was strong and thought "this isn't so bad." But then I decided to trim the mohawk because I couldn't spike it anymore. No sooner did I see the shorter mohawk than I lost it and started bawling. Milo thought that was hilarious and started cackling which made me laugh and cry all at the same time. I suppose most people would never notice the difference but I think he looks so much older now. My baby is growing up. *sniff* *tear* I don't know why but its so sad to me that his hair will always have a "cut" look to it now. Never again will it be the uneven new baby growth. I guess it's just the finalness to it., his hair is cut and I will never get that back.

I tried to take a before pic but it didn't really show his hair well. here are a couple that show how long his mohawk and wispys had gotten
Look at those wispys fly! 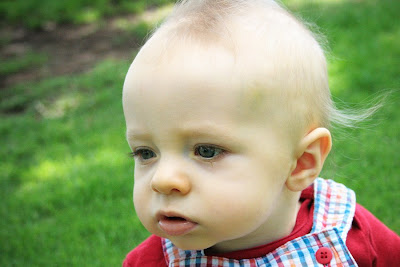 His mohawk had gotten so long it flopped over when we spiked it. 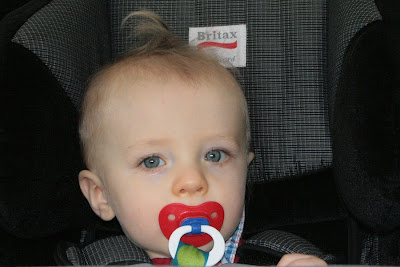 This is after we cut is.
Doesn't he look like such a big boy (minus the paci)? 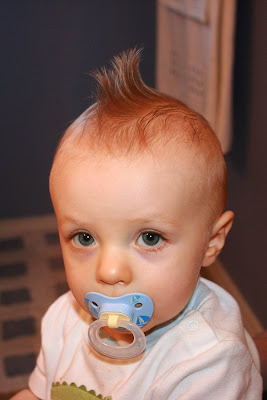 The clippings.
Do you think we could donate them to Locks of Love? LOL! 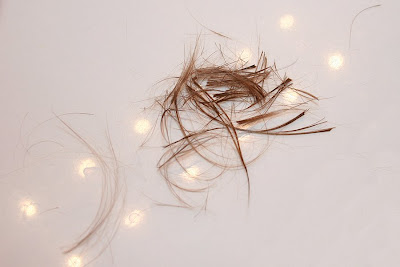 First hair cuts are so special. Such cute pictures. Love the ones you have at the top of your blog!
Elaine

Awwww! He is such a cutie Abby! Love the pictures of the snips of hair!! :)